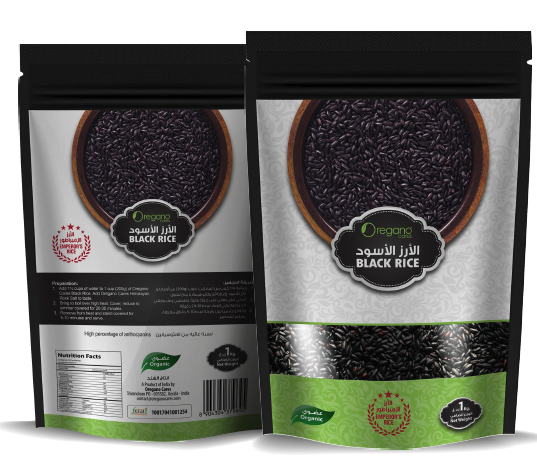 Posted at 06:33h in Products by Tasneem 0 Comments

Black rice is known for its many health properties. For those who are currently wondering exactly what they are, here’s some information on what can be gained by eating the black rice grain.

Contains a large amount of antioxidants. Black rice is a good source of antioxidants – a substance known for helping individuals flush out body wastes on a regular basis. Antioxidants can be found in coffee and tea but is definitely more prevalent in black rice. Notice the black appearance of this rice? The color can be attributed to the same chemicals that give acai berry and blueberries their distinctive coloring. The very same chemicals are also responsible for the high antioxidant count of the two.

Heart attack preventive. Studies show that black rice contains a large amount of anthocyanins, an ingredient that is capable of lowering the risk of heart attack. It does this by preventing the buildup of plaques in the arteries which is the most common reason why heart attacks occur. Even better, it was revealed that anthocyanins is more capable of controlling cholesterol levels than any other food supplement available today.

Other possible health benefits. Aside from the two mentioned that have already been proven by science, black rice is also being looked at as possible prevention from serious illnesses. Some of the diseases it can prevent includes include Alzheimer’s, diabetes and even cancer.

Sorry, the comment form is closed at this time.